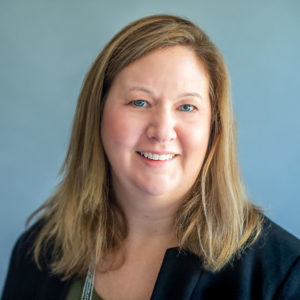 An article addressing how Obsessive-Compulsive Disorder (OCD) interacts with religion has a way of drawing out many initial concerns from a reader, such as, “Is this writer going to blame my religion for OCD?“ Or “Acting religiously compulsive doesn’t sound so bad… at least it’s not drugs or gambling.” Or “Does the writer think my religious practices are due to a psychological disorder?”

My goal is to help the scrupulous individual recognize when OCD may be interfering with their devotion to God—not to diminish a life of devotion to religion. What really are devout expressions of faith? And what faith practices may be driven by OCD? Here are a few scenarios illustrating the complexities of scrupulosity:

Are the above scenarios examples of scrupulosity? Before we jump to any conclusions, let’s take a closer look at the elusive nature of OCD. If you would first like a more general overview of OCD, please read Ashley Yergler’s recent blog post OCD: When the Brain Misfires Danger Cues (2019).

OCD as an Elusive Opponent

To unravel the complexities of scrupulosity, we need to better understand the shape-shifting nature of OCD–scrupulosity as one of OCD’s hard-to-recognize disguises. Here are some examples of how OCD can elude us:

Scrupulosity, sometimes referred to as Scruples, the Doubting Disease, and Religious OCD, is considered a form of OCD involving religious or moral obsessions. Scrupulous individuals are overly concerned that something they thought or did might be a sin or other violation of religious or moral doctrine (International OCD Foundation, 2010). Joseph Ciarrocchi, PhD, author of The Doubting Disease, writes, “The term ‘scrupulosity’ refers to seeing sin where there is none. Some call it a ‘phobia concerning sin’. The person judges personal behavior as immoral that one’s faith community would see as blameless” (Ciarrocchi, 1995, p.5).

Obsessions, for the scrupulous, can feel deeply shaming and fearful. Sufferers can shift from unwanted blasphemous thoughts, to fears of disappointing God, to thoughts about sexual indiscretions—whatever topics tend to provoke the most guilt and fear.

Beliefs that Keep the Scrupulous Doubting

The beliefs of the scrupulous can make recognizing and overcoming Religious OCD so much more difficult. The book Overcoming Obsessive Thoughts, by Christine Purdon and David Clark (2005, p. 96-113), describes several beliefs or “appraisals” associated with scrupulosity. Here are the authors’ key appraisals often adopted by the scrupulous:

Purdon and Clark’s book is an excellent resource to help sufferers recognize the tendencies that may keep them stuck.

If you are exploring treatment for scrupulosity, I believe there are three powerful interventions to consider: counseling, spiritual direction, and medications. While each intervention may be effective on its own, a combination of these are often required to overcome scruples.

The stories in the opening paragraph are all examples of scrupulosity.

A Warning When Considering the Faith Practices of Others

Not all repetitive rituals and faith practices are driven by obsessive fears. Many devoted believers in multiple faith traditions share that their faith practices contribute to an abundant religious life shared within a community of believers. Such believers do not experience a life of shame and fear as described by the scrupulous.

Differentiating acts of devotion from scrupulosity can be difficult for both the scrupulous and those caring for the sufferer. With the right treatment, support, and some courage, people can recover from OCD and still live a devout life in their faith. If you think you may be suffering from scrupulosity, or if you know someone who may be looking for help, please don’t hesitate to reach out. Find out more about our counselors at www.cherryhillcounseling.com.

Some Take-Aways for the Reader

Want to learn more about scrupulosity? Here are several resources to get started:

Brendan Bell is a Licensed Clinical Professional Counselor in Illinois. He has worked in private practice for the last 20 years, with offices in both Deer Park and in Wheaton. His expertise involves working with middle schoolers, adolescents, and their families, with extensive experience addressing behavior disorders. Brendan also works with adults and particularly enjoys counseling artists.

The Complex Nature of Emotions

Why Am I So Angry?

Our Search for Meaning in a Pandemic World